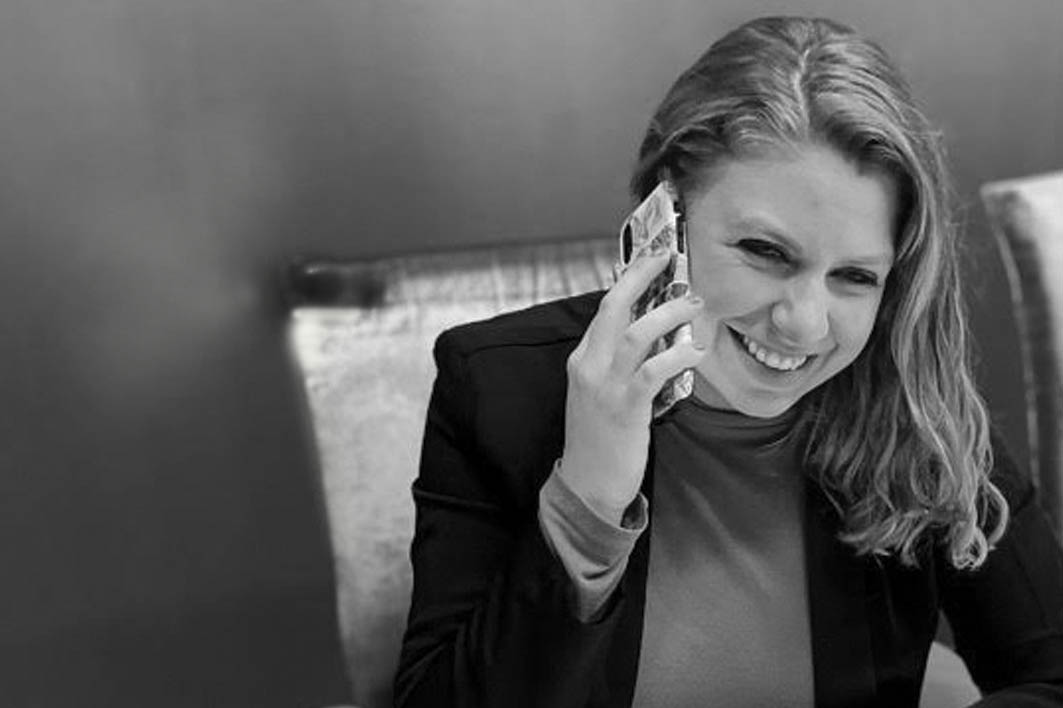 We are proud to announce that Katlyn Brasel, ASA Law Group team lead, has been published in the ISBA WC Newsletter. This case summary outlines the risks a claimant takes when he refuses a light duty job offer.

Claimant, an experienced Journeyman Ironworker, had been employed From McHugh’s on and off for approximately 10 years. On December 16, 2011, Claimant was working on a construction project as a rodbuster which included duties such as: installing rebar, wire mesh, and post tension cables. As Claimant walked onto his work site, he stepped on to an unmarked manhole cover causing him to fall and twist his left knee. The following business day, Claimant reported the incident to his supervisor, and he was sent for immediate medical evaluation. Eventually under the care of Dr. Gryzlo, an MRI was done and revealed a meniscal tear. Claimant underwent conservative care including injections and physical therapy, but eventually underwent surgical repair in June 2012. Surgery included a partial medial meniscectomy; debridement of the Patella femoral chondromalacia; and debridement of the ACL ganglion cyst. On October 4, 2012, Claimant was released with light duty restrictions of 50-pounds at the medium level. A FCE was done on October 22, 2012 which affirmed restrictions at the medium level, but also limited Claimant to occasional balancing, bending, climbing stairs, stooping squatting or crouching. Claimant was recommended for vocational training.

Temporary Total Disability (TTD) benefits were terminated on October 4, 2012 and McHugh extended a light duty offer on October 5. 2012. The light duty offer only stated that job duties would be consistent with the 50-pound restrictions and within the medium work level. Further, it provided that if Claimant ever felt he was given tasks outside his abilities, he would simply need to inform McHugh. Upon Claimant Attorney’s demand, a more specified light duty job description was provided on January 7, 2013. The formal job description was entitled as “Ironworker –(Rodbuster)” which would have required tasks such as:  climbing ladders, climbing stairs, bend over 4-6 hours of the day, etc. Claimant testified he took the formal job description to Dr. Gryzlo on January 17, 2013 which was found to exceed Claimant’s medical clearance. Dr. Gryzlo placed Claimant at MMI on that date.  Following that visit, Claimant rejected the job offer and made a demand for vocational training.

McHugh sought a Section 12 Examination with Dr. Aribindi in April 2013 which found that Claimant suffered from left anterior knee pain attributable to long-standing and underlying arthritis. Dr. Aribindi agreed with the permanent restrictions at the medium level as well as Claimant’s inability to climb stairs, climb adders, kneel, or squat. However, he found Claimant’s current condition and restrictions to be related to his long-standing arthritic conditions and not the work injury.

By September 2013, Claimant had enrolled in a CDL program to obtain his Class A trucking driving license. In his training, Claimant was required to pass a physical examination to obtain his CDL. Unfortunately, Claimant was unable to pass and did not earn his Class A license. Regarding the CDL courses, McHugh had offered the training and paid for the associated fees. Claimant did not undergo a vocational assessment prior to enrollment or obtain an opinion truck driving was suitable employment.

After failing to obtain a CDL license, Claimant underwent a vocational assessment the request of each party. Claimant’s vocational expert, Thomas Grzesik, testified Claimant was in need of vocational training but that a CDL trucking was outside his physical abilities. Further, Grzesik reported Claimant’s self-directed job searches from February 1, 2013 through June 30, 2015 were primarily directed at the ‘high end’ of jobs but were overall diligent. In other words, Claimant was not found to be searching for a viable job but contacting employers who were advertising for work outside his area.

McHugh also obtained a vocational expert, Lawrence Kahan, who testified that driving a truck would be within Claimant’s abilities, but he would first have to obtain a CDL license. Kahan admitted in his deposition that if Claimant failed the physical prerequisite for a CDL, he would not be eligible for the trucking jobs within Kahan’s labor market study.  Kahan determined that McHugh had offered medically appropriate accommodations within their light duty offer but had not personally reviewed the job description.  Kahan also did not perform a transferrable skills analysis nor comment on Claimant’s self-directed job searches.

An arbitration hearing pursuant to Section 19(b) of the Act was held on January 19, 2016. After, the Arbitrator issued a written decision that found Claimant had suffered a work-related injury to the left knee; awarded TTD benefits from December 19, 2011 through January 31, 2013 (59 3/7 weeks); maintenance benefits from February 1, 2013 through June 15, 2015; and 40% of the left leg and 25% MAW for loss of trade. Respondent was to pay $2,000.00 to the Grzesik and McHugh was given credit for TTD paid to date. Penalties and fees pursuant to sections 19(k), 19(l) and Section 16 of the Act were denied. Both parties filed petitions for review of the Arbitrator’s decision before the Commission.

When determining entitlement to PTD benefits per the odd-lot theory, the Court agreed with the Arbitrator’s finding that Claimant had not provided sufficient evidence to establish entitlement to PTD benefits. The Court noted that Claimant’s job searches, while diligent, were not capable of producing gainful employment. By Grzesik’s testimony, the job search was centered around the ‘high end’ of job opportunities rather than being focused on obtaining a viable job. Further, the Arbitrator noted that Claimant had a B.S. degree from Illinois State University and had no language barrier. Based on this, the Court found that the Commission’s denial of PTD benefits was not against the manifest weight of the evidence.

Moving to the issue of maintenance benefits, the Court focused on the fact the Commission’s reasoning not only gave deference to McHugh’s light job offer, but that it essentially placed a burden on Claimant to establish the offer was disingenuous. The Court noted the detailed job offer was taken to Claimant’s treater and found to be incongruent with Claimant’s physical abilities. Further, the by McHugh’s own Section 12 expert, Claimant would be unable to do a portion of the duties outlined including: climbing stairs, kneeling or squatting. The Court determined the only testimony that supported Claimant’s ability to perform the accommodated work was McHugh’s vocational expert (Kahan) who had not read the job offer, reviewed Dr. Gryzlo’s progress notes, and conceded the contract rules of an Ironworker were outside of Claimant’s physical abilities. The Court rejected the notion that McHugh’s October 5, 2012 job offer was within Claimant’s abilities. By that reasoning, the Court vacated the Commission’s denial of maintenance benefits, and in that nature, reversed the Commission’s reduction of TTD benefits and the Commission’s vacating order of vocational payments ($2,000.00) to Grzesik.

Lastly, the Court reviewed the Commission’s denial of penalties and fees per Sections 19(k), 19(l), and 16 of the Act. The Commission determined the denial was rooted in a “legitimate dispute” which existed on whether the Claimant rejected a viable offer of light duty work. The Court found the initial finding of a legitimate dispute was not against the manifest weight of the evidence as McHugh may have reasonably believed the job was within Claimant’s restrictions when it was initially offered. Subsequently, after the FCE and Dr. Gryzlo’s January 17, 2013 progress note, the Court found that McHugh was placed on notice that Claimant could not perform the light duty work. Further, that the next opinion that supported the notion that Claimant could work the light duty position was Kahan’s vocational report on July 13, 2015.  Although the Court found no support within the record for the Arbitrator’s or Commission’s finding of a legitimate dispute, McHugh argued its denial of maintenance benefits were also properly rooted in their reliance on Dr. Aribindi’s medical opinions. Specifically, that Dr. Aribindi found that Claimant’s current condition and restrictions were related to his arthritic condition rather than the work injury. The Court noted that that reasonableness of McHugh’s reliance on Dr. Aribindi’s opinions is a question of fact for the Commission. In that vein, the Court vacated the Circuit Court’s judgement and remanded the issue to the Commission.

Overall, the Court found that although Claimant did not provide sufficient evidence that would entitle him to PTD benefits, McHugh did not provide a viable light duty job offer that complied with Claimant’s physical restrictions. Further, the denial of penalties and fees was vacated and remanded to the Commission to determine if McHugh’s reliance on their Section 12 Expert for denial of maintenance was reasonable.